Baby-led weaning is all hunky-dory: watching my 8 month-old, chubby mini-human tackling new foods; seeing how independent she is when it comes to feeding herself; and appreciating the wipe-clean floors and walls in our dining room. All hunky-dory, that is, until Ada is presented with a food that no amount of pincer gripping, hand clenching or grabbing will allow her to pick up.

I’m talking about the yoghurts, soups and porridges of the world. Yup, I can pre-dip a finger of something tasty in said gloop, or let Ada dunk and suck her fingers, but sometimes I want her to be able to ram a decent spoonful of the good stuff into her mouth.

Naturally, I tried ‘spoon feeding’ my baby-led weaning baby. That didn’t go well. Ada – rightly so – wants to feed herself and control what goes in her mouth (even if that ‘what’ is an appendage of Janet the Cat).

I quickly learned that she can , in fact, feed herself with a spoon if I pre-load it. Amazing. The only issue is that the food goes EVERYWHERE. En route to Ada’s mouth, the pre-loaded spoon does eight loop-the-loops mid-air, gets drummed on the highchair tray, and has its handle sucked. By this time, the contents of the spoon are abstractly splattered on our wall/floor/clothes/cat, so when she does eat from the correct end, there’s really not a lot to go at.

Enter the Cognikids Dip Spoon (£9 for a twin pack from Uber Kids).

There’s no right or wrong way for babies to hold this spoon. It has a textured silicone surface that ‘grips’ foods, so when Ada’s conducting an invisible baby-orchestra with it, the contents pretty-much stay put. Also, there are holes in the handle, so that little hands find it easy to grip.

I still need to pre-load this spoon for Ada, which is super-easy: I just dip it into a yoghurt (or whatever) and the food will stick to it. Because of the texture of the spoon, it’s nice for Ada to chomp on regardless of whether there’s food on it.

The only negative thing I can say about the dip spoon is that it takes a tad more effort to clean than a normal spoon – there are a few crevices for food to cling to. However, it’s nothing that a little extra tickle in the washing up bowl won’t shift (shoving them in the dishwasher is good, too).

Since there are two spoons in the pack, I’ve sent one to grandma’s house to Ada can ;continue to feed herself there, too.

Hey! I'm a thirty year-old teacher with a husband, a baby and a cat. Out of the three of them, I couldn't tell you which one presents the most challenges - it depends on what day of the week it is, and who is the hungriest. View all posts by Hannah Waite 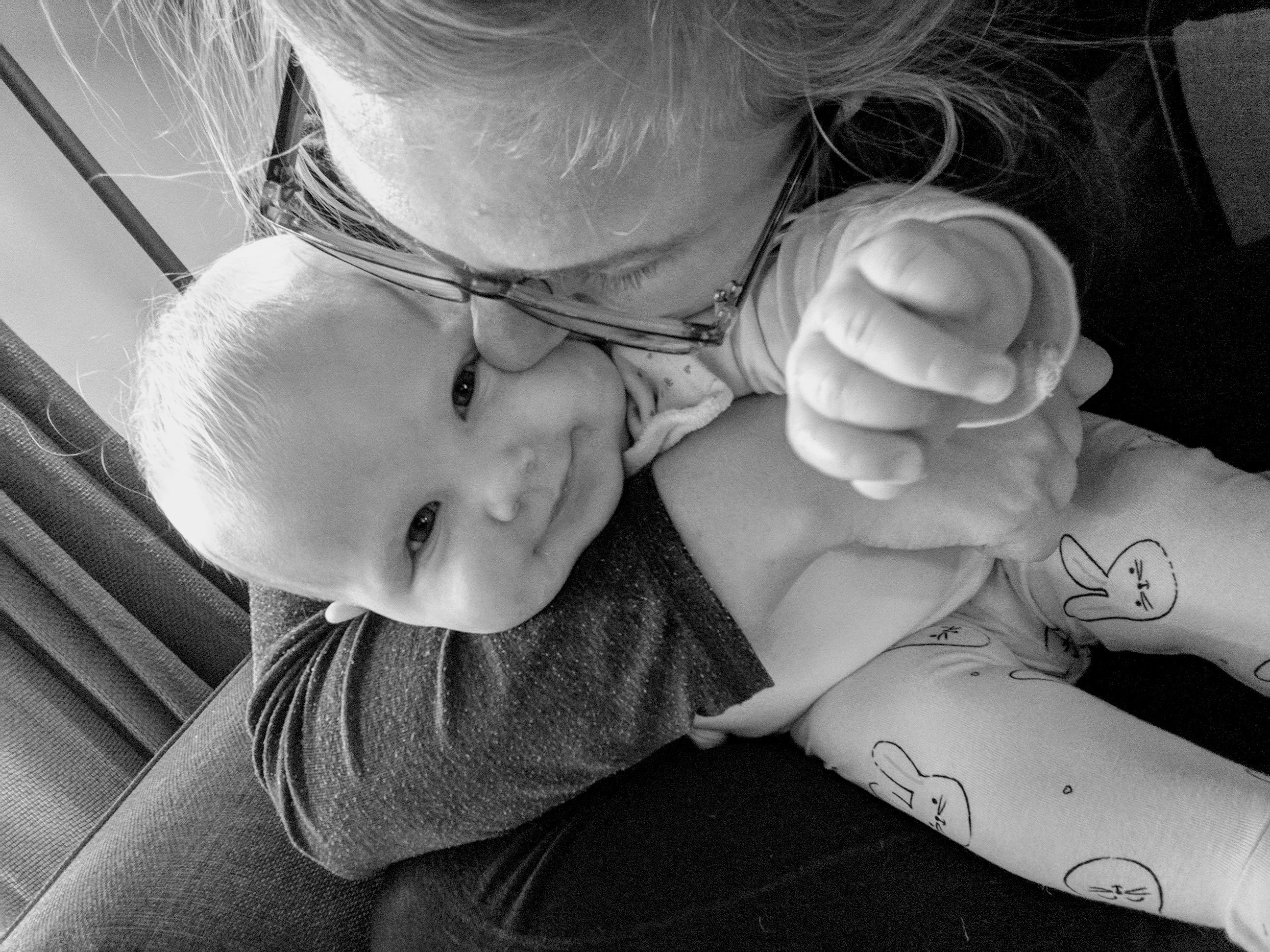 I’m Hannah, a first-time mum muddling my way through raising another human (raising a cat proved to be difficult enough – nobody told me that they poo on the wrong side of the litter box and wee in the bath).

On my maiden (parent) voyage, I’m blogging and reviewing with the idea that my new-mum adventures may be helpful – or even just relatable – to other first-time mums and dads out there.

Get in touch (I won’t bite). I’d love to hear from other parents if you’ve found my blog useful.